The recommendations to reduce total and saturated fat (SFA) intakes have had a major impact on the pattern of consumption by the British public. When the recommendations were introduced they were re-inforced by extensive coverage in the media emphasising that fat was bad for us. This message was taken up enthusiastically by the food manufacturers and retailers resulting in a plethora of “Low Fat” versions of virtually all foods which were considered as high fat.

At the time it was almost impossible to obtain low fat milks. Demand for semi-skimmed milk really took off and increased to such an extent that nowadays it is the leading liquid milk product on sale.

Table 2 shows that the total fat intake has fallen from 42% to almost 38% calories between 1980 and 2008, the last year for which statistics are available. Data from the National Food Survey shows that by 1999 the saturated fat content of the diet was 14.9% calories, which means that the original target of 15% had actually been reached! At the same time there has been a corresponding increase in the carbohydrate content of the diet.

The carbohydrates include those which are refined and relatively simple, especially sugar Although there has been growing interest in the sources of the complex carbohydrates such as rice and pasta, much of the increase in the carbohydrates can be attributed to sugar. This is because the formulation of low fat products is usually achieved by replacing some of the fat with sugar. The other major factor has been the phenomenal growth in sales of soft drinks which may contain large quantities of sugar

On this basis we would expect to see some improvement in public health and in particular a reduction in the incidence of heart disease.

But has this actually happened?

Next time I will consider how the incidences of various conditions have changed in recent years. 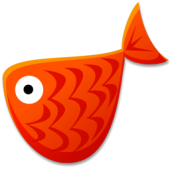 274. The Shaky Foundations of the Healthy Eating Recommendations