112. Overcome Type 2 Diabetes: Change the Diet and Ditch the Drugs

As a society we seem to have been conditioned to expect that treatment with drugs and other medical procedures are the answer to every form of ill-health. Many of us feel short-changed if we come away from a visit to the GP without a subscription for one or more medicines. However the hard reality is that the NHS expenditure on drugs continues to increase. During 2013-2014 there were 45.1 million items prescribed for diabetes, with a net ingredient cost of £803.1million (1). This represents an increase of 66.5% in the number of items and 56.3% in the net ingredient cost since 2005-2006. In England it is estimated that 6% of the population has diabetes and the total cost is currently about £10billion, which is 10% of the NHS budget (2). It is estimated that by 2025 there will be 5 million people with diabetes in England (3). Those with diabetes have a reduced life expectancy and an increased risk of retinopathy, stroke, kidney failure, heart disease and amputation of limbs.

Unfortunately at present there is little success in controlling the disease. In the light of the current projections, it would seem that there is little confidence that there will be any improvement in the immediate future. Screening for diabetes does not seem to be effective. In a large study conducted in the East of England it was found that screening of patients with increased risk of diabetes was not associated with any reduction in all-cause, cardiovascular, or diabetes-related mortality over a 10-year period (5). There are also serious questions about the effectiveness of treatments of diabetes to lower the blood glucose. In a meta-analysis of data from 13 randomized controlled trials there was no benefit from intensive glucose lowering in terms of all-cause mortality or deaths from cardiovascular disease. in adults with diabetes (6). Furthermore, an increase in all-cause mortality of 19% cannot be ruled out. Only one study showed a protective effect on myocardial infarction but this was counterbalanced by an increase in total mortality. The authors pointed out that drugs for the treatment of diabetes are being approved on the basis of their effectiveness in lowering blood glucose, despite the fact that there is no evidence based on clinically relevant criteria.

The fundamental problem is that the key to overcoming any disease is to identify the root cause and take appropriate steps to eliminate it. In practice, this is rarely done and most of us blithely accept that even though we continue doing whatever caused the disease, it can be overcome by treatment with drugs. The reality is that the best that be achieved with drugs is some alleviation of the symptoms. Even if a “cure” is achieved, the likelihood is that the disease will recur unless the cause is removed. This is very aptly illustrated by the experience of David Servan-Schreiber, who was clinical professor of psychiatry at the University of Pittsburgh School of Medicine (7,8). At the age of 31 he was diagnosed with a brain cancer. A tumour was successfully removed by surgery. He persistently asked the cancer specialists what advice they could give him to prevent the development of another tumour. Much to his surprise they had absolutely no suggestions to offer and even worse they seemed to have no interest. This encouraged him to do his own investigations and in his book (7) he describes what he found out. Much of this related to his lifestyle. As a consequence he made a series of changes, including a complete transformation to his diet. With brain cancer the life expectancy is 2-3 years but Servan-Schreiber managed to survive for another 20 years. Had he just accepted the advice of the medical profession, it is highly unlikely he would have lived for so long.

I cannot over-emphasise the crucial importance of this episode. There must be literally millions of people here in the UK who would benefit from advice on how to avoid diseases and how cures could be achieved by making changes to lifestyle.

Type 2 diabetes (T2D) is responsible for the increased incidence referred to above. There is ample evidence that it can be controlled, possibly even cured completely by making changes to the diet. The condition is directly due to the increased level of glucose in the blood. As a result the pancreas has to produce insulin to keep prevent excess glucose in the body. Excess insulin damages many of the organs, which can eventually lead to a range of diseases. If there is excessive glucose over a prolonged period the pancreas is unable to cope and the glucose becomes rampant, causing all sorts of damage. The solution is obvious. Reduce the amount of glucose which enters the body by altering the diet. Sugar is one of the main culprits, so it should be avoided like the plague. In addition starch is broken down to produce glucose. This means that foods such as refined flour, rice or pasta should be limited because the starch is released quickly giving rise to big increases in the blood glucose.

Essentially this means a diet which is low in carbohydrates (LC). The big problem is that the official advice is to increase carbohydrates. There is a strong possibility that those diagnosed with T2D will be advised to replace fat with carbohydrates. This is fundamentally wrong! The recommendation to reduce fat and especially saturated fat (SFA) does not stand up to rigorous examination. In fact, many of the individual SFAs are important nutrients (9). So what we should be doing is limiting the carbohydrates and consuming plenty of fats. Obviously avoid the trans fats which may be present in manufactured products and are being eliminated by the industry anyway. Despite the marketing claims that polyunsaturates (PUFAs) are good for you because they ”lower cholesterol” I certainly do not recommend them (see 9).

There is now a very convincing case that diets which are low in carbohydrates and high in fat (LCHF) can overcome many of the common chronic diseases. With respect to T2D, there is growing body of scientific research showing that this type of diet is extremely effective in lowering blood glucose and effectively curing T2D provided the LC intake is maintained (10). There are also numerous case studies of individuals who have successfully overcome T2D by making these changes to their diets 11,12).

First of all it is essential that all those diagnosed with T2D should be advised to make changes to their diets so that they are LCHF. It is an absolute disgrace that at present they will probably advised to eat more carbohydrates. In any event, the use of drugs should only be used as a last resort or better still not used at all, as there is a lack of evidence that they will be effective.

Even more important is that the official dietary guidelines must be revamped. It is a matter of great concern that we are still being advised to reduce the fat/SFA.

It just does not make sense to carry on as we are at present. The incidence of the disease is getting worse and the costs are increasing. It is becoming unsustainable. We have the answers, all that is needed is that we apply our existing knowledge and the benefits would be enormous.

183. The Significance of the Low Carb Summit in Cape Town, February 2015 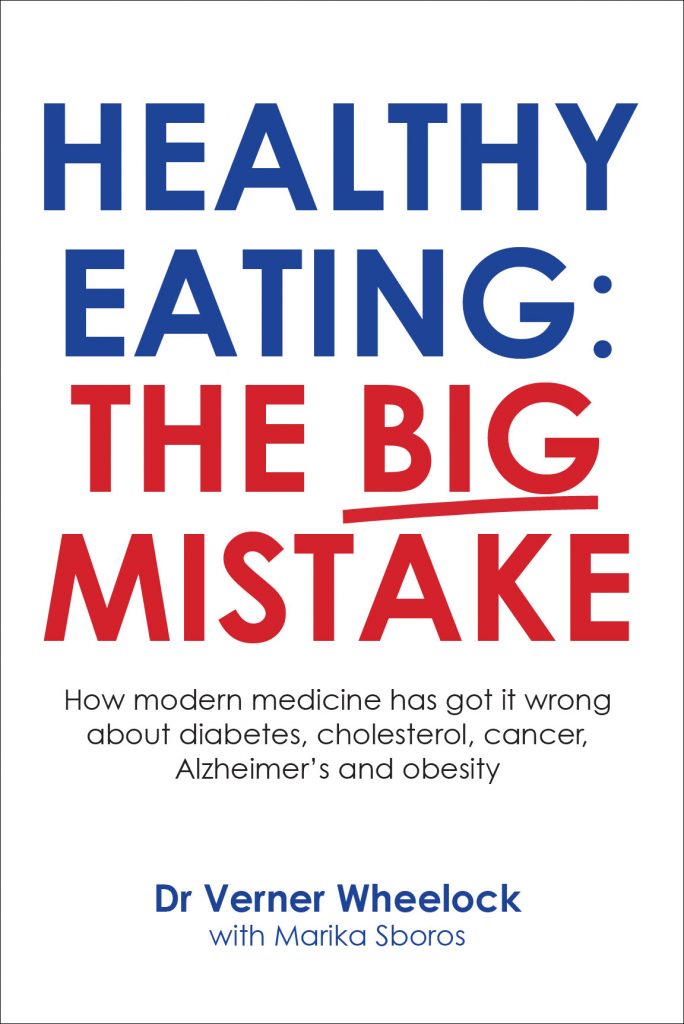